Vadsø, just like the region of Varanger in Northern Norway, are well known for birdwatchers across the world. Not only that it is a place where an astonishingly lot of bird species can be found, but it is one of the most accessible Arctic birdwatching destinations. If not the most accessible!

Even if Varanger is well above the Arctic Circle, the winters here are milder than in other regions of the Arctic. This is the reason why some bird species, choose to come here from more northern latitudes for overwintering. Thus, Varanger is perfect for observing these species, which otherwise could be seen only by travelling to the more inaccessible High Arctic.

North America, Europe and Siberia sort of “meet up” here in the Arctic, thus the distance that birds, which normally live on these continents, need to fly, is shorter.

Varanger’s climate and natural richness ensure that birds have all the resources and conditions they need when they meet up here during their migration or breeding periods. Birdwatchers not only get to see an exclusive display of bird species in their natural habitat, but they get to see this display in a breathtaking Arctic natural scenery, dominated by the warmth of the Midnight Sun in summer, or by the elusive Northern Lights in winter.

Just take a look at the pictures in the gallery below, to get only an idea of what birdwatchers can enjoy if they visit Vadsø and Varanger!

Where to see the birds across Varanger

In Varanger, there are a number of special, well-known places, where to look for nature’s feathery inhabitants, without interfering with their natural course of life.

The small island of Vadsøya is one such place, due to fact that in the sea area between the island and the mainland the birds can easily find food. The Dammen pond on the island is especially known as being a nesting and feeding place, because of the rich vegetation around, which provides shelter for numerous species of birds. Oyster catchers, red-backed sandpipers, red shanks, ruff sandpipers, tufted ducks or the Arctic terns are just a few of the birds that can be seen here.

Another well-known place is the Ekkerøy nesting cliff, near Vadsø, where you can treat your eyes to kittiwakes and eider ducks, including the King and Steller’s eider, which are known to breed in Alaska and Siberia, but overwinter in Varanger.

Hornøya, near Vardø, is a must for a true birdwatcher, as this is a protected nature reserve where literally hundreds of species live their lives right in front of your eyes: guillemots (including the Brünnich specie that can only be found in the Arctic), puffins, eiders (including Steller’s and King eiders), just to name a few.

The region around Nesseby church is also a natural reserve where birdwatchers can delight themselves with seeing flocks of waders, ducks, geese or gulls, or even birds of prey, such as gyrfalcons or Northern hawk owls!

The region across Berlevåg, Båtsfjord and Kongsfjord in Northern Varanger is also a perfect place if you would like to observe and even study King and Steller’s eiders and some species of falcons from the specially designed hides, from where you can’t interfere with the birds’ natural course of life.

Finally, in the Pasvik Valley in South Varanger, species of typical Siberian birds, as well as owls may be seen.

Varanger is the place where birds, that are rarely seen in Europe, can be observed: cattle egrets, Egyptian vultures, spotted eagles or Ross’s gulls, just to name a few. 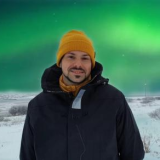 One reply on “Birdwatching in Varanger”

Are you dreaming of a place, where the sounds that you hear are just the Northern winds and the joyful chirping of birds? A place where life goes on in a calm rhythm, in the middle of a breathtaking landscape? Look no more!